GDWe: A spotlight on democratic wellbeing 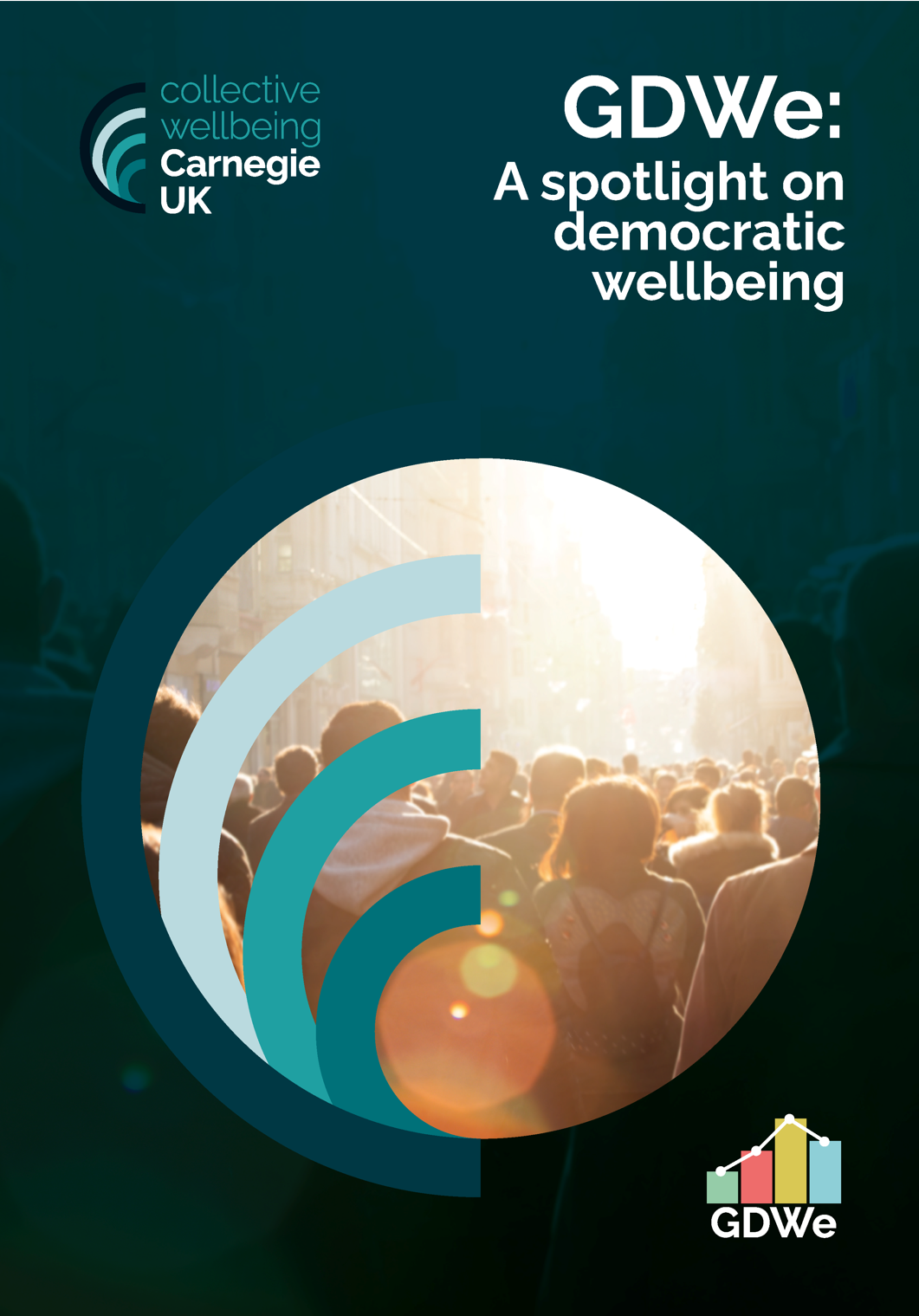 Carnegie UK developed a methodology to enable collective wellbeing in England to be measured and reported as a single figure: Gross Domestic Wellbeing (GDWe). We see GDWe as an alternative measure of social progress to the dominant measure: GDP. In this report we focus on democratic wellbeing - one of the four domains identified by Carnegie UK as contributing to collective wellbeing, the others being social, economic and environmental wellbeing.

As we have noted in our work on wellbeing in Northern Ireland, democratic wellbeing is both a means to greater social, economic and environmental wellbeing AND an end in itself, impacting directly on personal wellbeing

The report uses polling data from YouGov to demonstrate that we can no longer afford to be complacent about the state of our democracy. Democratic wellbeing in England is under threat, with loss of trust and corruption identified as threats to democracy,

We reiterate our call for the UK Government to explore fully composite indices like GDWe. Such transparent information, based on a public conversation about what should be included in GDWe, could contribute to collective wellbeing by increasing public trust and enabling citizens to hold government to account.

Annual Report and Accounts for the year ended 31 December 2021

The Trustees present their report and accounts of Carnegie UK for the year ended 31 December 2021.
Read More